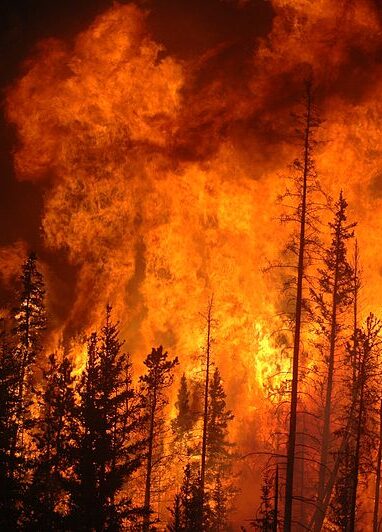 For the last few years, life on the West Coast of the United States has been marked by wildfires. Most recently, August lightning storms sparked dozens of fires across California, a few of which merged into the state’s first gigafire, a term for a rare blaze that burns at least a million acres of land. Earlier this month, the California Department of Forestry and Fire Protection commented that the ongoing wildfires have burned “well over” 4 million acres of land and destroyed 9,200 structures.

There is no question that these wildfires are unprecedented. In 2018, the Fourth National Climate Assessment determined that global warming is most likely the root cause of increasing frequency of large wildfires over the Western U.S. Global warming is leading to drier vegetation and soil, increased flammability, increased vapor pressure deficit, increased lightning, and other key drivers that illustrate a dry region that’s getting drier.

“One of the issues that was really puzzling to me was that there is no doubt that we are living in a warmer and wetter world under global warming,” stated ESSIC Research Scientist William Lau in a recent ESSIC Seminar. “With warmer air, there is a larger capacity to hold water vapor in the atmosphere, so you should get a wetter climate. So why are we seeing even more severe wildfires? Drier climates seem to dominate.”

This is the question that inspired Lau, who co-authored a paper titled “Large Wildfires in the Western United States Exacerbated by Tropospheric Drying Linked to a Multi‐Decadal Trend in the Expansion of the Hadley Circulation” along with ESSIC/CISESS Professor Zhanqing Li, scientist Weichen Tao, and AOSC Graduate Student Lei Zhang. In the paper, they use observational evidence in the form of in-situ measurements, satellite observation, and reanalyses products to connect the increasing North American wildfires and climate change.

The team discovered that this upward trend is likely linked to a multi‐decadal drying trend in the subtropical troposphere associated with the expansion of the Hadley circulation, a worldwide atmospheric circulation pattern that occurs due to uneven air temperatures at different latitudes. An expanding Hadley circulation is a well-recognized feature in model projections of greenhouse-gas warming, consistent with historical observations.

“Under global warming, the tropics becomes warmer and precipitation increases, with increasing rising motion in a narrow region called the Inter-Tropical Convergence Zone,” said Lau, “Because what goes up must come down, the Hadley Circulation actually squeezes towards the equatorial region and, forces compensating downward motions over the subtropics and mid-latitudes in both the northern and southern hemispheres. As a result, there is an expansion of the areas of  sinking motion. The subtropics are strongly dominated by the sinking motion of the changed Hadley Circulation.”

Lau dubbed this phenomenon the Deep Tropical Squeeze (DTS) in his 2015 paper, “Robust Hadley Circulation changes and increasing global dryness due to CO2 warming from CMIP5 model projections”. The DTS is a strong indicator of response of the Hadley circulation due to the greenhouse effect of increased anthropogenic CO2 emissions.

This change in the Hadley circulation leads to a regional climate feedback (RCF) involving reduced tropospheric humidity, fewer clouds, more downward solar radiation, and warmer land surface coupled to increased atmospheric subsidence and enhanced off-shore  and downslope  low-level wind flows over the Western United States (WUS), which is located in the subtropics and midlatitudes. The subsiding air forces air from lower pressure above to higher pressure below, causing warming and drying, like the warming of a bicycle tire, when pumping air into it.  In a similar way, the RCF contributes to accelerated and sustained tropospheric warming and drying, exacerbating wildfires in the WUS.

These results suggest that if actions to combat climate change are not taken soon, the wildfires in the western United States will likely worsen.

In addition to his work at ESSIC, Lau is an adjunct professor of the Department of Atmospheric and Oceanic Sciences (AOSC), University of Maryland, and senior scientist emeritus at NASA Goddard Space Flight Center.  His research work spans more than 40 years of data analyses, field campaigns and modeling studies, covering a wide range of topics in climate dynamics, tropical and monsoon meteorology, ocean-atmosphere interaction, aerosol-water cycle interaction, climate variability and change.

To access Dr. Lau’s article, click here: “Large Wildfires in the Western United States Exacerbated by Tropospheric Drying Linked to a Multi‐Decadal Trend in the Expansion of the Hadley Circulation”.

To watch his ESSIC seminar on this topic, click here: “Why Large Wildfires Are Raging Over Western North America”. 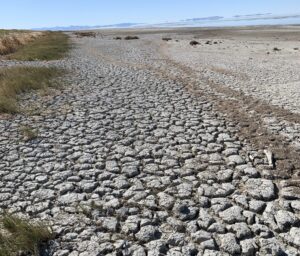