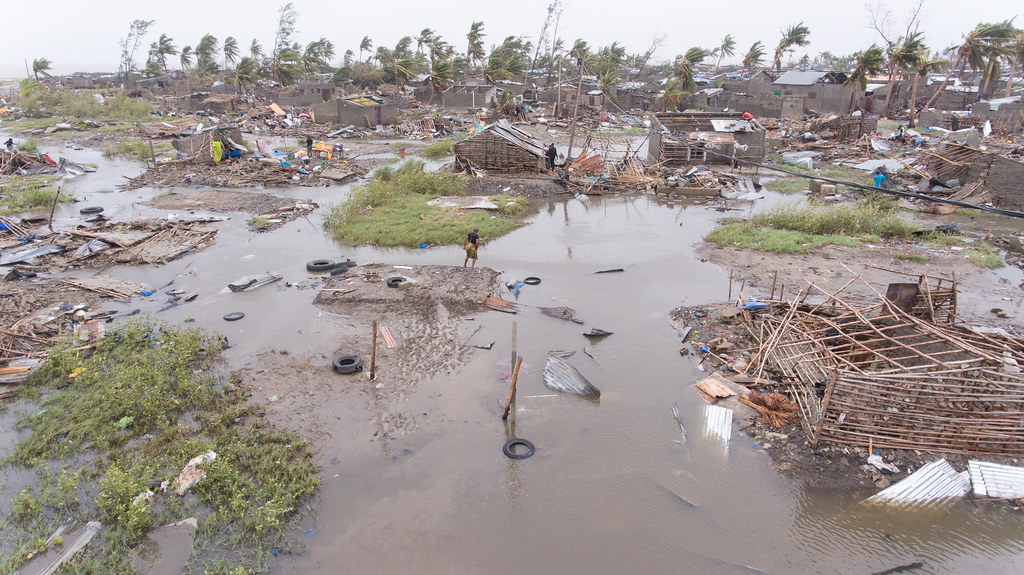 ESSIC/CISESS scientists Robert Adler, Guojun Gu, and Huan Wu have a new article in Journal of Flood Risk Management that examines results from the UMD/ESSIC Global Flood Monitoring System (GFMS) and various remote-sensing-based flood products in the context of the major 2019 flood in Mozambique.

Short-term forecasts of rainfall and flooding of this flood event are validated to some degree by satellite-based rainfall data from the Global Precipitation Monitoring (GPM) Integrated Multi-Satellite Retrievals for GPM (IMERG) product. Detailed rainfall validation of this event is limited due lack of conventional ground data, but examinations of similar cases indicate that satellite-based rainfall amounts might be underestimated.

To achieve a more detailed validation of the satellite-based rainfall data, the researchers compared calculated GFMS flood inundation information based on the IMERG rainfall and models to Synthetic Aperture Radar (SAR) and other inundation estimates. They found a generally good correspondence, but with the GFMS calculations underestimating the area of broad flooding, but overestimating in smaller streams. Similar generally good results were found when comparing the GFMS calculations to the FloodScan passive microwave-based inundation.

The various flood estimates are available at different latencies and likely have different accuracies, indicating a need for integration of these types of information to provide the user community with the best consolidated information and in a timely manner.

Adler is a Senior Research Scientist Earth System Science Interdisciplinary Center (ESSIC) at the University of Maryland, College Park. He received his B.S. and M.S. from The Pennsylvania State University in 1965 and 1967 and his Ph.D. from Colorado State University in 1974. He has received the NASA Goddard William Nordberg Award for Earth Science in 2007, the NASA Outstanding Leadership Medal in 2002 and the NASA Exceptional Scientific Achievement Medal way back in 1989. He is also a Fellow of the American Meteorological Society. Adler’s research focuses on the analysis of precipitation observations from space on global and regional scales using Tropical Rainfall Measurement Mission (TRMM) and Global Precipitation Measurement (GPM) mission data along with data from other satellites.

Gu is an Associate Research Scientist at Earth System Science Interdisciplinary Center (ESSIC), University of Maryland, College Park. He received his Ph.D. in Meteorology and Physical Oceanography from University of Miami in 2001. Gu’s research interests are in the fields of climate variability and change, precipitation process and extreme events, tropical convection and waves, and satellite precipitation, validation and uncertainty analysis.

Wu is a no-cost visiting research scientist at Earth System Science Interdisciplinary Center (ESSIC), University of Maryland, College Park. He received his Ph.D. degree in remote sensing from Peking University in 2007 and is now a full professor at the School of Atmospheric Sciences, Sun Yat-sen University (SYSU). Wu is a hydrometeorological modeler and global data provider, with his primary research interests concerning the predictability of hydrometeorological extremes (flood and drought) and their socio-economic and environmental impacts over a wide spectrum of spatial and temporal scales.

To access the article, click here: “The role of satellite information in forecasting, modeling, and mapping the 2019 Mozambique flood”. 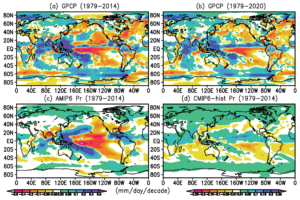 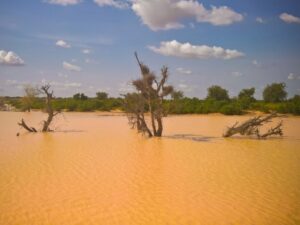