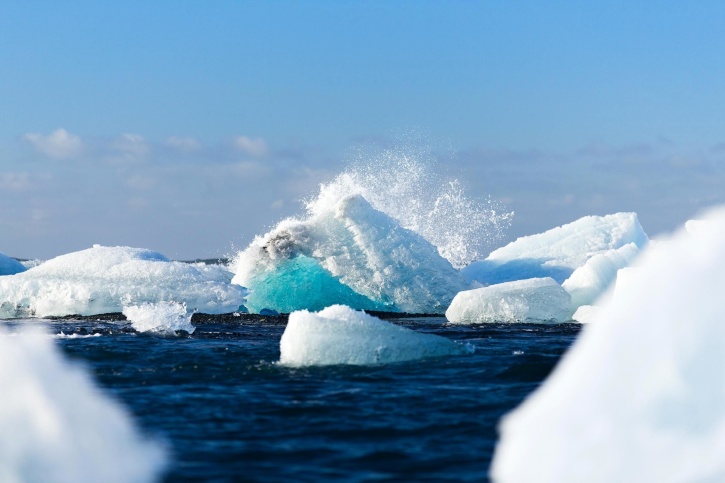 ESSIC/CISESS scientist Sinéad Farrell is one of the contributors to the new “State of the Climate in 2020: The Arctic”, released by the American Meteorological Society (AMS) in the August 2021 issue of the monthly bulletin (BAMS). She co-authored the section on sea ice extent.

September 2020 marked the second lowest monthly sea ice extent in the 42-year satellite record. The lowest monthly and daily sea ice extent occurred in September 2012, but this measure does not take into account concurrent reductions in ice thickness. In 2020, the “Northern Passage” sea route was open for about 2.5 months, much longer than typical conditions when it would be open for less than a month. A loose ice pack in August 2020 allowed the German icebreaker RV Polarstern to reach the North Pole as part of the Multidisciplinary Drifting Observatory for the Study of Arctic Climate (MOSAiC).

Farrell is a principal investigator on the NASA ICESat-2 Science Team and a member of the Mission Advisory Group for the Copernicus Polar Ice and Snow Topography Altimeter. She is also an associate professor with the University of Maryland Department of Atmospheric and Oceanic Science.