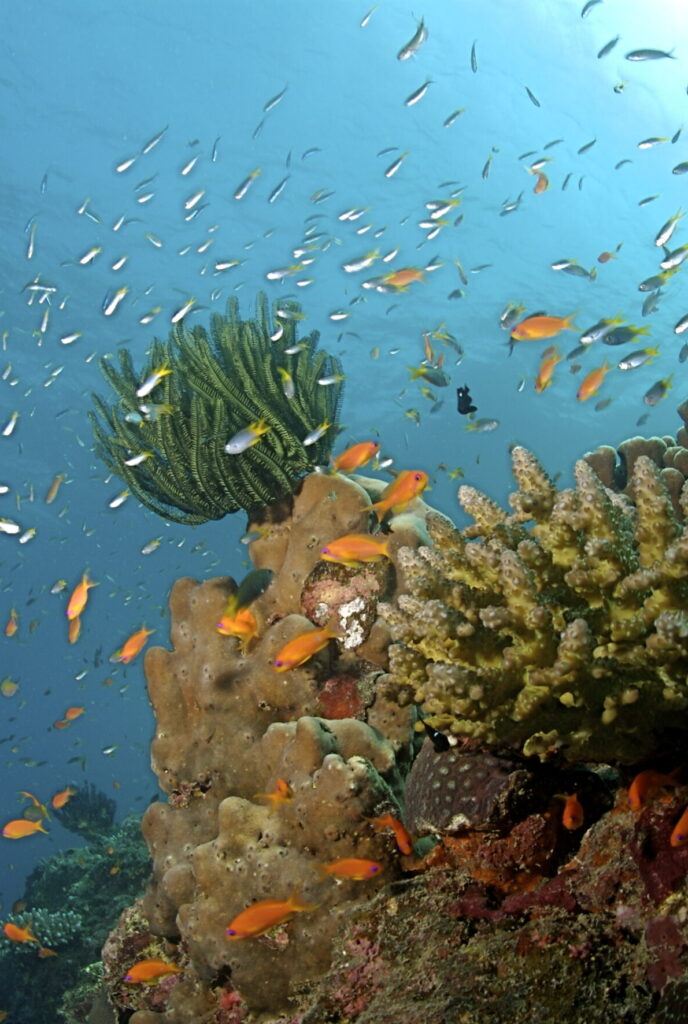 ESSIC/CISESS scientists Erick Geiger, Gang Liu, and Jacqueline De La Cour at NOAA Coral Reef Watch published a new article on optimal spatiotemporal scales to aggregate satellite ocean color data in the 13 April 2021 issue of Frontiers in Marine Science. The goal of their study was to determine how best to fill satellite data gaps caused by cloud cover and quality control exclusions that affect data quantity in shallow waters near the coast and over coral reefs. They tested a combination of six spatial (horizontal scale above) and seven temporal scales (vertical scale above) for aggregating data from the Visible Infrared Imaging Radiometer Suite (VIIRS) instrument aboard the Suomi-NPP satellite at several coral reef locations in Maui, Hawai‘i and Puerto Rico; they compared these with in situ measurements of water turbidity.

They found that the optimal number of satellite pixels and days varied by locality. In Maui, a 5-pixel/7-day aggregate of satellite data had the highest correlation (R2 = 0.843), when compared with in situ Kd(490) data across 11 nearshore sites, between November 26-28, 2018. A 13-pixel/13-day aggregate had the best results (R2 = 0.547) in Puerto Rico, when compared with in situ Kd(490) measurements for one nearshore site between 2016-2019. The paper highlighted how the use of satellite data and in situ water quality measurements provide complementary information, each enhancing understanding of the issues affecting coastal ecosystems, including coral reefs, and the success of management efforts.