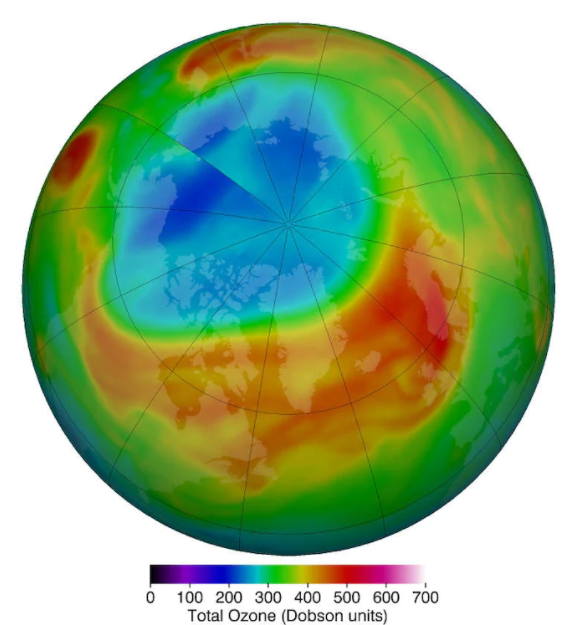 For the past three decades, the hole in the ozone layer that forms annually has gotten smaller due to the Montreal Protocol, the 1987 global agreement to phase out the use of ozone-depleting chemicals. This trend was disrupted in spring 2020, when a second ozone hole formed over the North Pole due to an unusually cold and long-lasting polar vortex. Salawitch co-authored a study published in Nature last June that provides evidence that climate change is cooling the upper atmosphere and producing stronger and more durable Arctic vortexes.

“The minimum temperature in the Arctic sometimes is just above the temperature where these clouds form. And if that is the case, no problem, no ozone loss. If it goes below, we have ozone loss. Our paper says that greenhouse gases are pushing [the temperature] over the edge,” Salawitch is quoted in the article, “The very cold, long-lasting condition of the 2020 Arctic vortex is consistent with the trend toward colder vortexes found within climate models.”

Though Salawitch says climate change will continue to produce colder Arctic vortexes, he also sees a need to improve the models.

“We need to continue to understand what factors are governing the coldness of the polar vortexes,” said Salawitch.