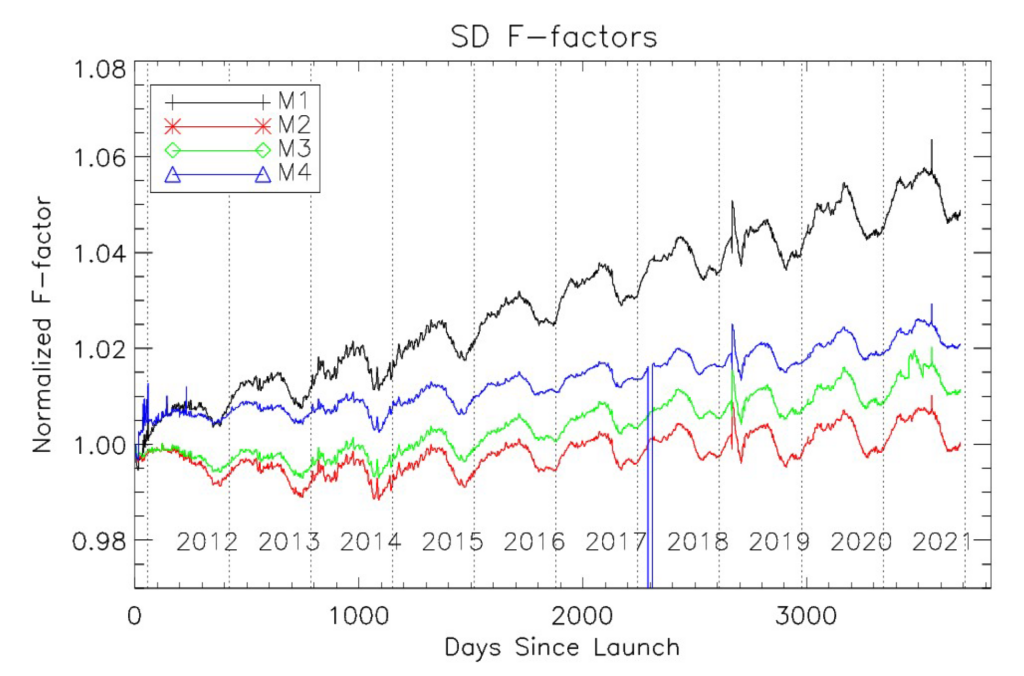 ESSIC/CISESS Scientists Xi Shao and Wenhui Wang co-published an article in Remote Sensing on July 13, 2022 that describes more than a decade of research on S-NPP VIIRS reflective solar bands (RSBs).

Over the last ten years, S-NPP VIIRS has performed well and successfully provided earth view (EV) observations. The onboard Solar Diffuser (SD), has provided a primary source of on-orbit calibration as a transferring radiometer with the measured SD surface properties, called the Bidirectional Reflectance Distribution Function (BRDF) from the extensive pre-launch calibration. Due to increased surface roughness from the UV portion of solar illumination, the reflectance of SD has been degraded, and it was measured and compensated to the on-orbit calibration, called SD F-factors (see figures below).

Xi Shao is a research scientist at ESSIC/CISESS and Department of Astronomy of University of Maryland. He supports radiometric calibration and validation work for Suomi-NPP and NOAA-20 Visible Infrared Imaging Radiometer Suite (VIIRS) instrument and METimage on EPS-SG.

Wenhui Wang is a visiting associate research scientist at ESSIC/CISESS supporting calibration and validation of VIIRS onboard Suomi-NPP/NOAA-20 and METimage onboard EPS-SG.