In May, Daile Zhang, Guangyang Fang, Joseph Patton, and an AOSC undergrad student Domenic Brooks set up Raspberry Pi cameras at two locations. The first was set up by Zhang and Patton at the Earth Networks site at Germantown. Earth Network is a global meteorology company that owns and operates a national-wide lightning network (Earth Network Total Lightning Network, or ENTLN). Zhang, Fang, and Brooks set up the second camera on the roof of the Atlantic Building, where the UMD Atmospheric and Oceanic Studies department is located, on May 23rd.

These cameras will be used to take relatively high-speed videos of lightning, which will then be compared with the satellite sensor Geostationary Lightning Mapper (GLM) as well as the ENTLN for validation studies and thunderstorm climatological studies in the greater D.C. area and beyond. This research project is supported by Zhang’s 2021 Seeds Grant project of lightning observations, which also supports Brooks’ and another undergrad student’s summer internship at CISESS. There are a total of eight cameras out in the fields for observations (six in Maryland and two in Oklahoma) for the upcoming storm season.

A storm passed over in the greater D.C. area in the afternoon of May 22, 2022. A 7-stroke cloud-to-ground (CG) flash occurring over 0.766 seconds was caught on one of the high-speed Raspberry Pi cameras at Germantown. A CG flash typically has 3-5 strokes. Both Geostationary Lightning Mapper (GLM) on NOAA’s GOES-16 Satellite and a ground-based lightning network – National Lightning Detection Network (NLDN) detected the flash. Watch a video of the flash below (the flash starts at 3:45:45), or scroll past the video to see all a slideshow of seven strokes.

Scroll through to see all seven strokes: 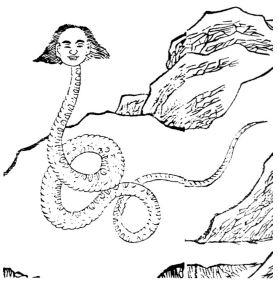 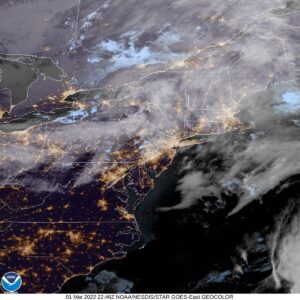 Giant Lenticular Cloud, Seen from the Ground & in Space!