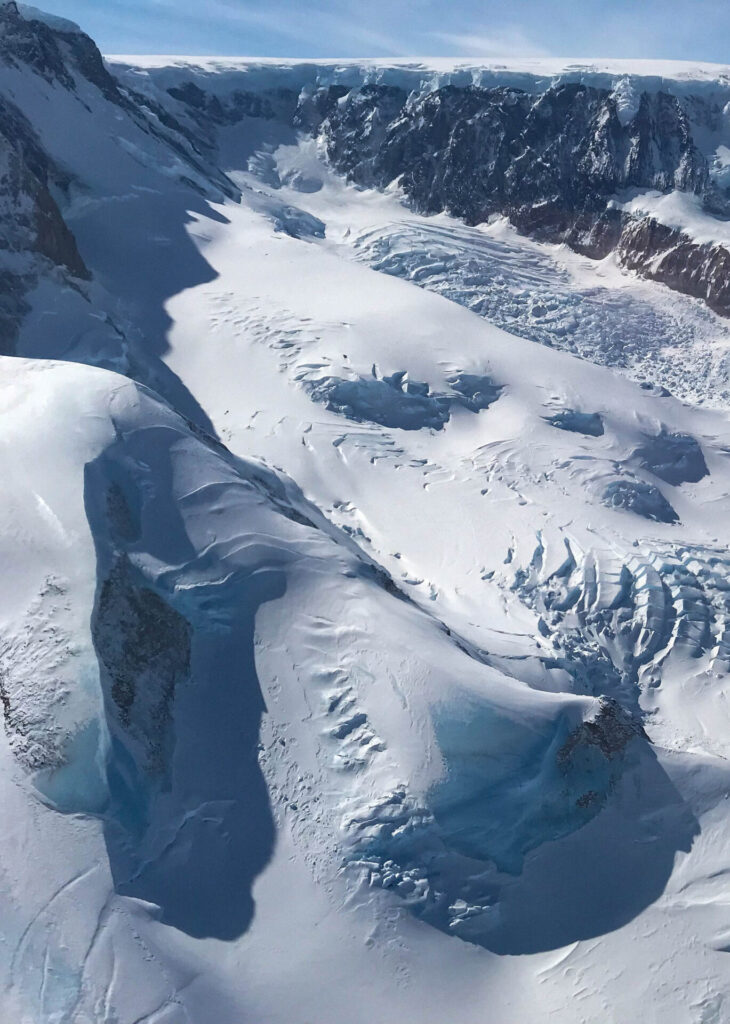 Last June, NASA’s Operation IceBridge mission, an ongoing effort to monitor changes in polar ice, was awarded a Robert H. Goddard award for Science Teams. On this team is Alek Petty, ESSIC Associate Research Scientist, who has made substantial contributions as a member of the missision’s Project Science Office.

In the last year, Petty contributed significantly to the development of computer software to help Operation IceBridge fly over coincident ICESat-2 profiles of the ice surface, taking into account the variable sea ice drift during the flight. This algorithm was critical to the success of numerous underflights of the satellite in 2019 over fast-moving sea ice. Petty has also been involved in multiple efforts to compare ICESat-2 and Operation IceBridge data to produce a long-term record of polar sea ice change, an overarching goal of Operation IceBridge.

Dr. Petty’s research is focused on understanding sea ice and its role in our climate system. His work primarily involves statistical/geospatial analysis of satellite, airborne and in-situ sea ice observations as well as sea ice and climate modelling. Dr. Petty is a strong proponent of open science and continues to make this a central part of his research approach.