Insights From Coincidences of GPM and CloudSat Satellites 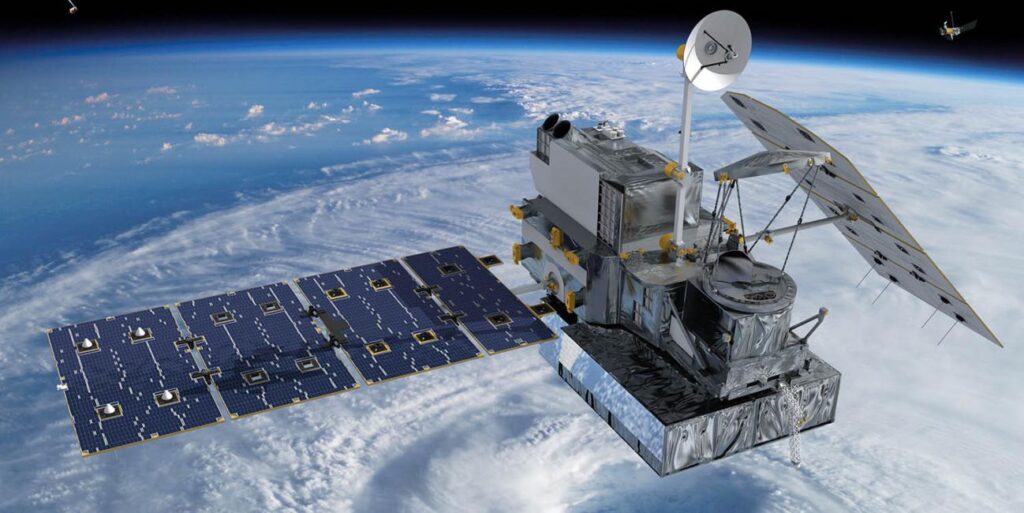 ESSIC/CISESS scientists Yalei You and Sarah Ringerud have a new paper out in IEEE Transactions on Geoscience and Remote Sensing along with University of Minnesota scientists Sajad Vahedizade and Ardeshir Ebtehaj and F. Joseph Turk from Jet Propulsion Laboratory. The paper is titled “Passive Microwave Signatures and Retrieval of High-Latitude Snowfall Over Open Oceans and Sea Ice: Insights From Coincidences of GPM and CloudSat Satellites”. You leads a CISESS task on developing and assessing the NOAA Alaska Regional Snowfall Rate Product.

The paper studies changes in microwave signals of oceanic snowfall in response to the formation of snow-covered sea ice using active and passive coincident data from the radar and radiometer onboard the CloudSat and the Global Precipitation Measurement Satellites. The researchers use both reanalysis data of liquid and ice water paths and satellite retrievals of sea ice snow-cover depth to determine spectral regions over which the snowfall signatures are likely to be obscured or falsely detected. The new article introduces a new snowfall retrieval algorithm over open ocean (sea ice) with a true positive rate of 92% (85%) and a RSME of 0.24 (0.15) mmh-1.

You received his B.S. and M.S. degrees in atmospheric science from Yunnan University, Kunming, Yunnan, China, in 2005 and 2008, respectively, and the Ph.D. degree in meteorology from Florida State University, Tallahassee, FL, USA, in 2013. He is currently an Assistant Research Scientist with the Earth System Science Interdisciplinary Center (ESSIC) and the Cooperative Institute for Satellite Earth System Studies (CISESS)-Maryland, University of Maryland (UMD), College Park, MD, USA. His research interests include passive microwave precipitation algorithm development, precipitation data set validation, and microwave instrument calibration. You has served as an Associate Editor for the Journal of Hydrometeorology and the Journal of Applied Meteorology and Climatology.

Ringerud received her B.S. in Mathematics and Atmospheric and Oceanic Sciences from the University of Wisconsin-Madison, and the M.S. and Ph.D from Colorado State University. Research interests include remote sensing of the global hydrologic cycle, atmospheric radiation, radiative transfer modeling, and surface emissivity retrieval and modeling. Recent research is focused on precipitation algorithm development for satellite passive microwave sensors as part of the Global Precipitation Measurement (GPM) algorithm teams. Ringerud currently specializes in retrievals over land and understanding of dynamic surface conditions from a radiometric perspective.

To access the article, click here: “Passive Microwave Signatures and Retrieval of High-Latitude Snowfall Over Open Oceans and Sea Ice: Insights From Coincidences of GPM and CloudSat Satellites”.