Indian Ocean is “Canary in the Coal Mine” for Climate Change 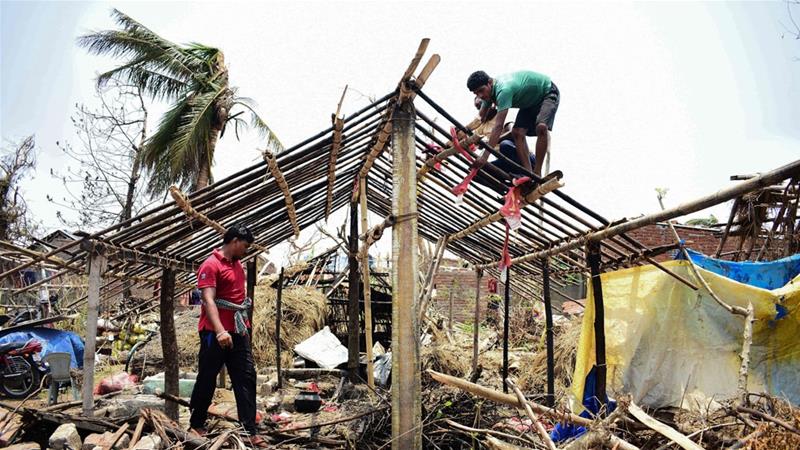 Early this month, India’s coastline was struck by Cyclone Fani, one of the strongest cyclones India has experienced in 20 years, according to a press release by India’s Meteorological Department.  Fani, pronounced “Foni”, brought winds estimated to be 152 mph, the strength of a Category 4 hurricane, and intense rainfall that threatened flooding and landslides.

The impact of Cyclone Fani was devastating.  At the time of this article’s publication, 77 people have died and 5 million have lost their homes.  This is especially urgent due to the impending monsoon season as the government attempts to secure temporary housing.

“This is consistent with global warming,” says Raghu Murtugudde in a new article detailing the impact of climate change on cyclones, “The total number of cyclones will not necessarily increase but the number of high-intensity storms will increase.”

Murtugudde is a Professor at ESSIC and Atmospheric and Oceanic Sciences.  He works mostly on the role of the oceans in climate variability and change, including ocean conditions that favor cyclogenesis or hurricane genesis.  He looks at processes that determine the warming of the ocean, like heat moving from the Southern Ocean to the Indian and Pacific Oceans and why the Southern Ocean warms faster and deeper.

Murtugudde details this phenomena in the context of Cyclone Fani in several recent articles published in First Post, an Indian news outlet, along with some posts on his own blog on the ESSIC website.

When it comes to tropical cyclone response to global warming, the Indian Ocean is the canary in the coal mine, writes Murtugudde.

With sea surface temperatures ranging between 72 and 82 degrees Fahrenheit, the Indian Ocean is the world’s warmest ocean.  The Bay of Bengal is on the higher side of that spectrum with temperatures above 82.4°F, the threshold for atmospheric deep convection.  Unlike the Arabian Sea, the Bay of Bengal is not exposed to the cooling monsoon southwesterly winds during summer and dry continental winds during winter, instead remaining a “hot bathtub all year long”.

These warm temperatures serve as an energy source for cyclones and can cause a tropical depression to grow into a tropical storm or a severe or very severe storm.  Warm weather can also lead to higher rates of evaporation that pump more moisture into the cyclone, leading to extreme amounts of rain when a storm hits land.

Due to these unique circulation features, the Indian Ocean has warmed faster and more monotonically than other tropical oceans.

“If we are looking for the hurricane response to global warming, especially ocean warming, then an ocean that is warming up to 40% faster than other tropical oceans is likely to give us an early clue on what may happen over the entire tropics,” says Murtugudde.

Murtugudde believes that further warming through climate change will only drive more convection to get rid of the excess energy over the Bay of Bengal, leading to stronger tropical storms.

“The rapid intensification of hurricanes we are seeing now and their continued strength as they hit the coast line and the amount of rainfall they bring are all just indicators of where we are headed,” he warns.

The cooler Atlantic Ocean is already experiencing these changes.  Hurricanes are arriving earlier than the official hurricane season and coming in stronger.  In 2016, tropical storms with wind speeds over 250 kilometers (155 mph) were three times more frequent than they were in 1980.

“Fani over the Bay of Bengal was the strongest April cyclone on record and it was also the longest lasting which are both made possible by a warmer ocean,” he says.

“Some game changer is needed.” 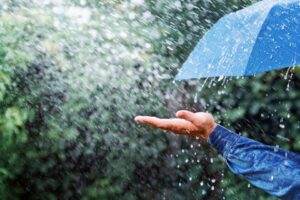