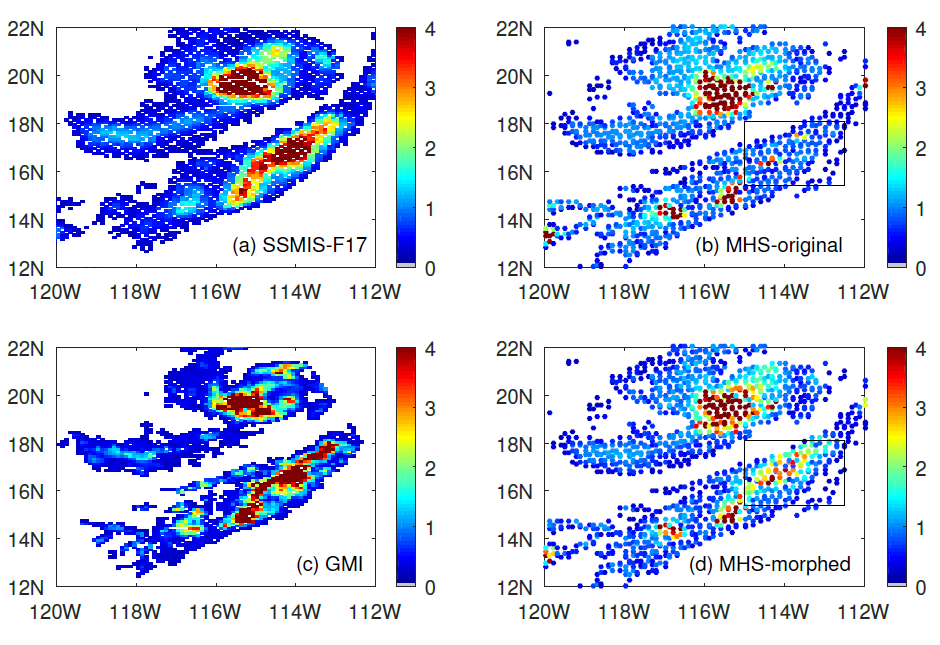 ESSIC/CISESS Scientists Yalei You, John Xun Yang, and Jun Dong have a new article on using “morphing” to improve rain data from cross-track scanning radiometers. The paper, titled “Improving Cross-track Scanning Radiometers’ Precipitation Retrieval over Ocean by Morphing”, is in press at the Journal of Hydrometeorology.

You received his B.S. and M.S. degrees in atmospheric science from Yunnan University, Kunming, Yunnan, China, in 2005 and 2008, respectively, and the Ph.D. degree in meteorology from Florida State University, Tallahassee, FL, USA, in 2013. He is currently an Associate Research Scientist with the Earth System Science Interdisciplinary Center (ESSIC) and the Cooperative Institute for Satellite Earth System Studies (CISESS)-Maryland, University of Maryland (UMD), College Park, MD, USA. His research interests include passive microwave precipitation algorithm development, precipitation data set validation, and microwave instrument calibration. You has served as an Associate Editor for the Journal of Hydrometeorology and the Journal of Applied Meteorology and Climatology.

Yang is an assistant research scientist at Earth System Science Interdisciplinary Center (ESSIC) of the University of Maryland. He has over ten years of experience in Earth remote sensing, microwave radiometry, hardware development, calibration, and retrievals. He has been involved with four NASA/NOAA satellite missions, including the Aquarius, GPM, CYGNSS, and JPSS missions. 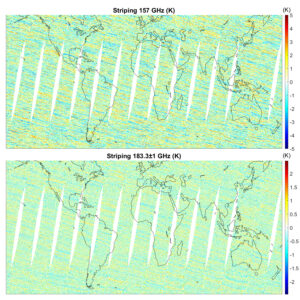