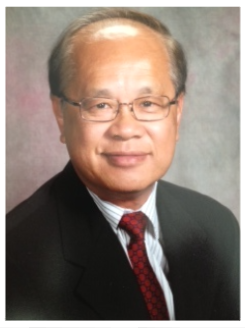 Why Are Large Wildfires Raging Over Western North America? According to the 4th US National Climate Assessment Report (Wuebbles et al 2017), the incidence of large forest fires in western United States (WUS) and Alaska has increased since the early 1980 (high confidence) and is projected to further increase in those regions as the climate warms with profound change to certain ecosystems (medium confidence). These changes have been attributed to numerous factors, such as enhanced warming and drying associated with increased greenhouse gases (GHG) warming, ignitions by humans or nature, and possibly, amplification from regional climate feedback (RCF). However, the mechanisms of the RCF and specific relationships with GHG warming are not well understood.

In this talk, I will present results from an observational analysis of multi-decadal trends in large wildfires over North America, and relationships with the changing large-scale circulation during 1984-2014. We find that the WUS has experienced the most robust increase in burned areas, even though Alaska and western-central Canada have comparable warming trends.  In addition to warming, the WUS has been under the influence of multi-decadal trends involving strong RCF among tropospheric relative humidity deficit, reduced cloudiness, increased surface net insolation, enhanced adiabatic warming and drying from increased tropospheric subsidence, and enhanced off-shore low-level flow. The RCF is facilitated by the development of an anomalous anticyclone over the Great Basin, in conjunction with a widening of the descending branch of the Hadley Circulation, consistent with climate model projections under GHG warming. The RCF is likely a key contributing factor to the accelerated and sustained tropospheric warming and drying, exacerbating wildfires in the WUS.

William K. M. Lau is a senior scientist at ESSIC, and adjunct professor of the Department of Atmospheric and Oceanic Sciences, University of Maryland. He received his B. Sc. (Mathematics and Physics) in 1972, and B. Sc. Special (Applied Mathematics) in 1973 from University of Hong Kong; PhD in Atmospheric Sciences, 1977, University of Washington, Seattle, Washington, U.S.  He was assistant professor at the Naval Postgraduate School, 1978-1980, before joining the NASA Goddard Space Flight center in 1981. He served as the Head of the Climate and Radiation Branch (1991-2000), Chief of the Laboratory for Atmospheres (2001-2010), and the Deputy Director for Science, Earth Science Division, NASA GSFC (2011-2014).  His research spans over 4 decades covering a wide range of topics in climate dynamics, tropical and monsoon meteorology, ocean-atmosphere interaction, aerosol-water cycle interaction, climate variability and change.

Dr. Lau received many awards and honors for his research and scientific achievement and leadership, including among others, the Axford Distinguished Lecturer Award, Asia Oceania Geophysical Society (2017), Honorary Professor, Peking University (2016-present), the Bromery Lecturer,  Johns Hopkins University (2015), Honorary Professor from the School of Energy and Environment, City U. of Hong Kong (2011), the Distinguished Alumni Award, Hong Kong University (2010), the William Nordberg Award in Earth Science (1999), the Goddard Exceptional Achievement Medal (1991), the NASA John Lindsay Award (1987), American Meteorological Society Meisinger Award (1988). He is a Goddard Senior Fellow, a fellow of the American Meteorological Society, and a fellow of the American Geophysical Union. He served as President of the Chinese-American Ocean-Atmosphere Association (1991-1992), and President-Elect (2013-14) and President (2015-16) of the Atmosphere Section, American Geophysical Union.

For IT Assistance:
Cazzy Medley: cazzy@umd.edu