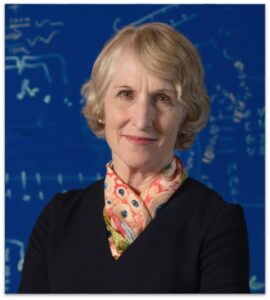 The Meridional Overturning Circulation in the North Atlantic: New Results and New Questions 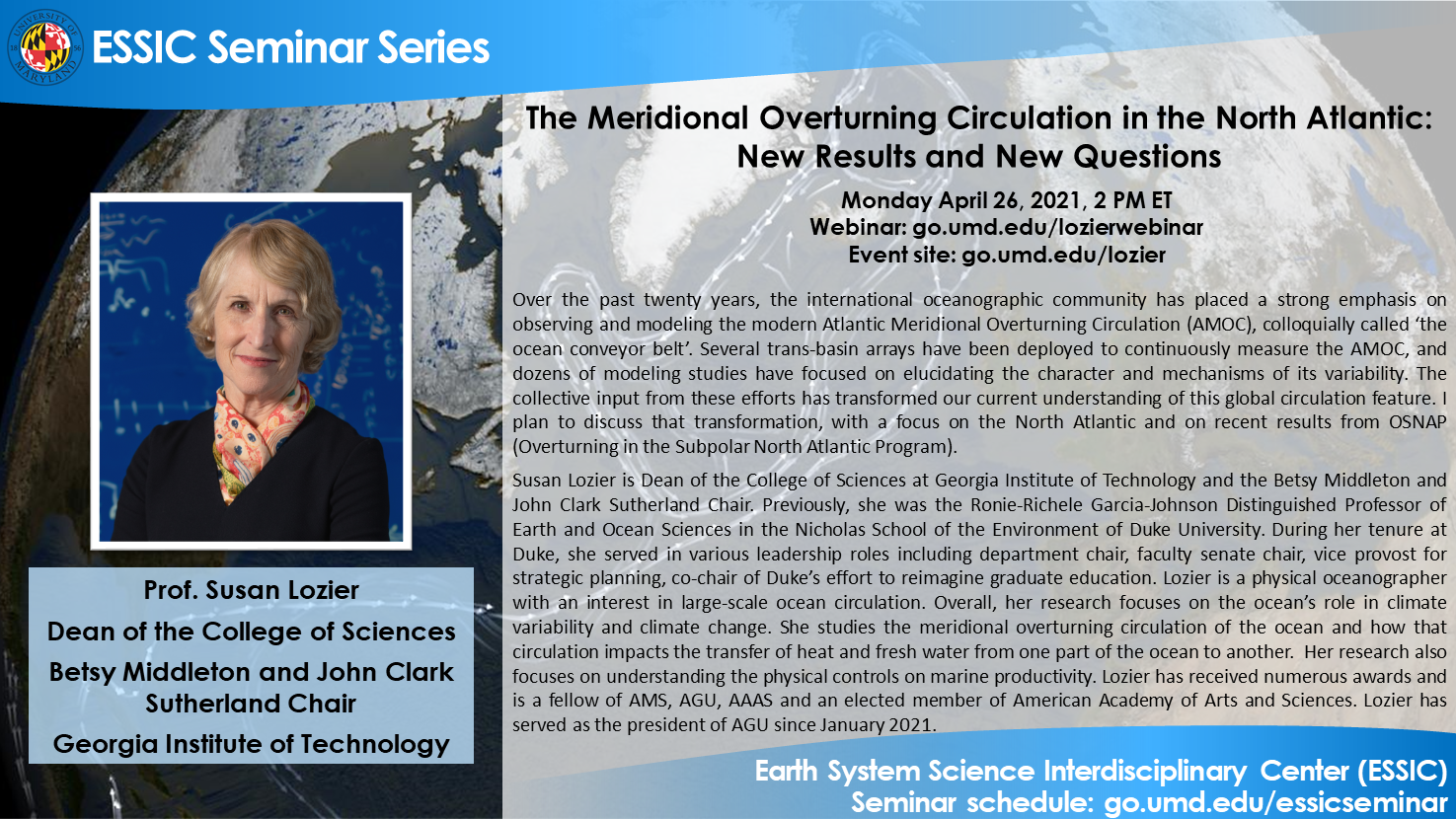 Dean of the College of Sciences

Over the past twenty years, the international oceanographic community has placed a strong emphasis on observing and modeling the modern Atlantic Meridional Overturning Circulation (AMOC), colloquially called ‘the ocean conveyor belt’. Several trans-basin arrays have been deployed to continuously measure the AMOC, and dozens of modeling studies have focused on elucidating the character and mechanisms of its variability. The collective input from these efforts has transformed our current understanding of this global circulation feature. I plan to discuss that transformation, with a focus on the North Atlantic and on recent results from OSNAP (Overturning in the Subpolar North Atlantic Program).

Susan Lozier is Dean of the College of Sciences at Georgia Institute of Technology and the Betsy Middleton and John Clark Sutherland Chair. She received a bachelor’s degree in chemical engineering from Purdue University, completed a master’s degree in chemical engineering and a Ph.D. in physical oceanography, both from the University of Washington.

Following postdoctoral studies at the Woods Hole Oceanographic Institution, Lozier joined the faculty of Duke University in 1992. During her tenure at Duke, she served in various leadership roles including department chair, faculty senate chair, vice provost for strategic planning, co-chair of Duke’s effort to reimagine graduate education, and she was the Ronie-Richele Garcia-Johnson Distinguished Professor of Earth and Ocean Sciences in the Nicholas School of the Environment. She joined Georgia Tech in September of 2019.

Lozier is a physical oceanographer with an interest in large-scale ocean circulation. Overall, her research focuses on the ocean’s role in climate variability and climate change. She studies the meridional overturning circulation of the ocean and how that circulation impacts the transfer of heat and fresh water from one part of the ocean to another. Her research also focuses on understanding the physical controls on marine productivity. Lozier is the international lead for the Overturning in the Subpolar North Atlantic Program (OSNAP) observing system. OSNAP uses data from moored instruments, satellites, ocean gliders, and floats to provide estimates of the ocean’s velocity, temperature and salinity fields. The project is providing much-needed data to understand the role of ocean circulation in the present and future climate, and will help improve climate models that are used in the assessments by the International Panel on Climate Change.

Lozier was the recipient of an NSF Early Career Award in 1996, was awarded a Bass Chair for Excellence in Research and Teaching in 2000, received a Duke University Award for Excellence in Mentoring in 2007, was named an American Meteorological Society Fellow in 2008, a Distinguished Professor at Duke in 2012, and a Fellow of the American Association for the Advancement of Science in 2015. She was named an American Geophysical Union (AGU) Fellow in 2014, received the AGU Ambassador Award in 2016 for leadership in the ocean sciences, and was elected to the American Academy of Arts and Sciences in 2020.

Lozier has been serving as AGU President since January of 2021. The scientific organization of more than 60,000 members in 137 countries is a leading voice for science toward a sustainable future. She served as president of The Oceanography Society from 2014 to 2016.

Motivated by a commitment to diversity, Lozier has contributed to the community through her mentoring efforts for students and early career scientists. She initiated and, for over a decade, led the Mentoring Physical Oceanography to Increase Retention (MPOWIR) program, which has served as a model for other mentoring efforts in earth and space science. In recognition of this work, she received the Outstanding Educator Award from the American Association of Women Geoscientists in 2010, and in 2017, was awarded the Joanne Simpson Mentorship Award from the American Meteorological Society for leadership in establishing a nationwide mentoring program for early-career female physical oceanographers and serving as a mentoring role model for the community.