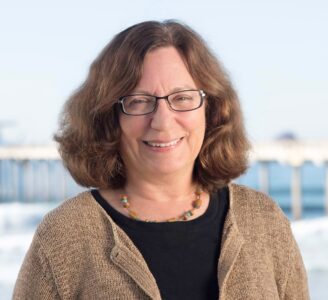 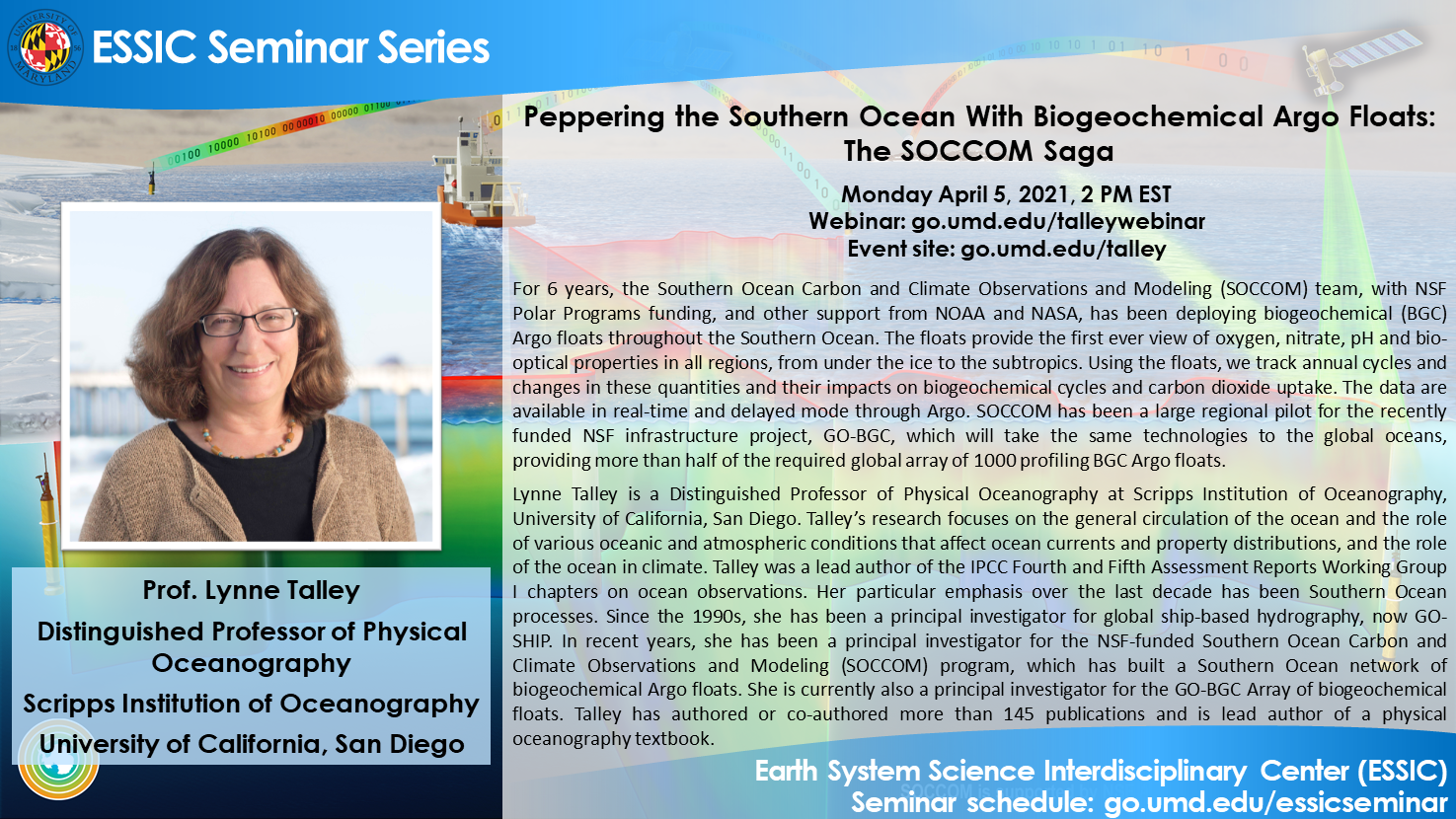 Data links regarding the talk:
Main listing for all SOCCOM data sets:
https://soccom.princeton.edu/content/data-access
Measured parameters are available through the Argo GDAC (linked to this site). Be careful to use only Delayed Mode data, and not Real Time data for any BGC parameters.Including on the SOCCOM data listing page are:
Measured and estimated parameters
SOCCOM site https://soccompu.princeton.edu/www/index.html
ERDDAPB-SOSE and SOSE output:
http://sose.ucsd.edu/

For 6 years, the Southern Ocean Carbon and Climate Observations and Modeling (SOCCOM) team, with NSF Polar Programs funding, and other support from NOAA and NASA, has been deploying biogeochemical (BGC) Argo floats throughout the Southern Ocean. The floats provide the first ever view of oxygen, nitrate, pH and bio-optical properties in all regions, from under the ice to the subtropics. Using the floats, we track annual cycles and changes in these quantities and their impacts on biogeochemical cycles and carbon dioxide uptake.

33 cruises later, deploying 6 or so floats each, we have good coverage of the whole Southern Ocean, with a number of major discoveries and much to ponder and look forward to. The data are available in real-time and delayed mode through Argo. They are incorporated in SOCCOM’s biogeochemical Southern Ocean State Estimate (B-SOSE), with output used to evaluate coupled climate model behavior in the Southern Ocean. SOCCOM has been a large regional pilot for the recently funded NSF infrastructure project, GO-BGC, which will take the same technologies to the global oceans, providing more than half of the required global array of 1000 profiling BGC Argo floats.

Lynne Talley is a Distinguished Professor of Physical Oceanography at Scripps Institution of Oceanography, University of California, San Diego. Talley’s research focuses on the general circulation of the ocean and the role of various oceanic and atmospheric conditions that affect ocean currents and property distributions, and the role of the ocean in climate. Talley was a lead author of the IPCC Fourth and Fifth Assessment Reports Working Group I chapters on ocean observations. Her particular emphasis over the last decade has been Southern Ocean processes. Since the 1990s, she has been a principal investigator for global ship-based hydrography, now GO-SHIP. In recent years, she has been a principal investigator for the NSF-funded Southern Ocean Carbon and Climate Observations and Modeling (SOCCOM) program, which has built a Southern Ocean network of biogeochemical Argo floats. She is currently also a principal investigator for the GO-BGC Array of biogeochemical floats. Talley has authored or co-authored more than 145 publications and is lead author of a physical oceanography textbook.