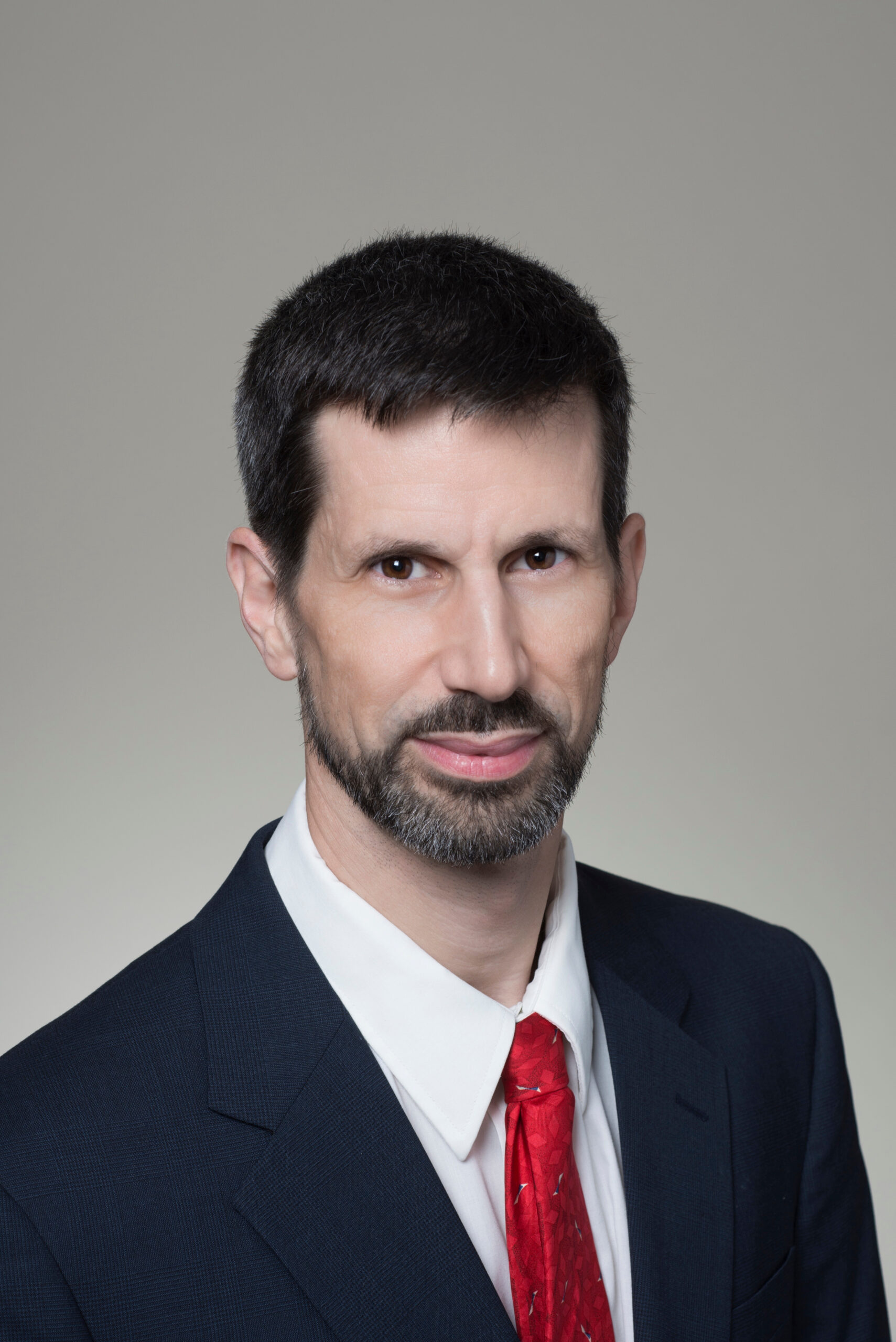 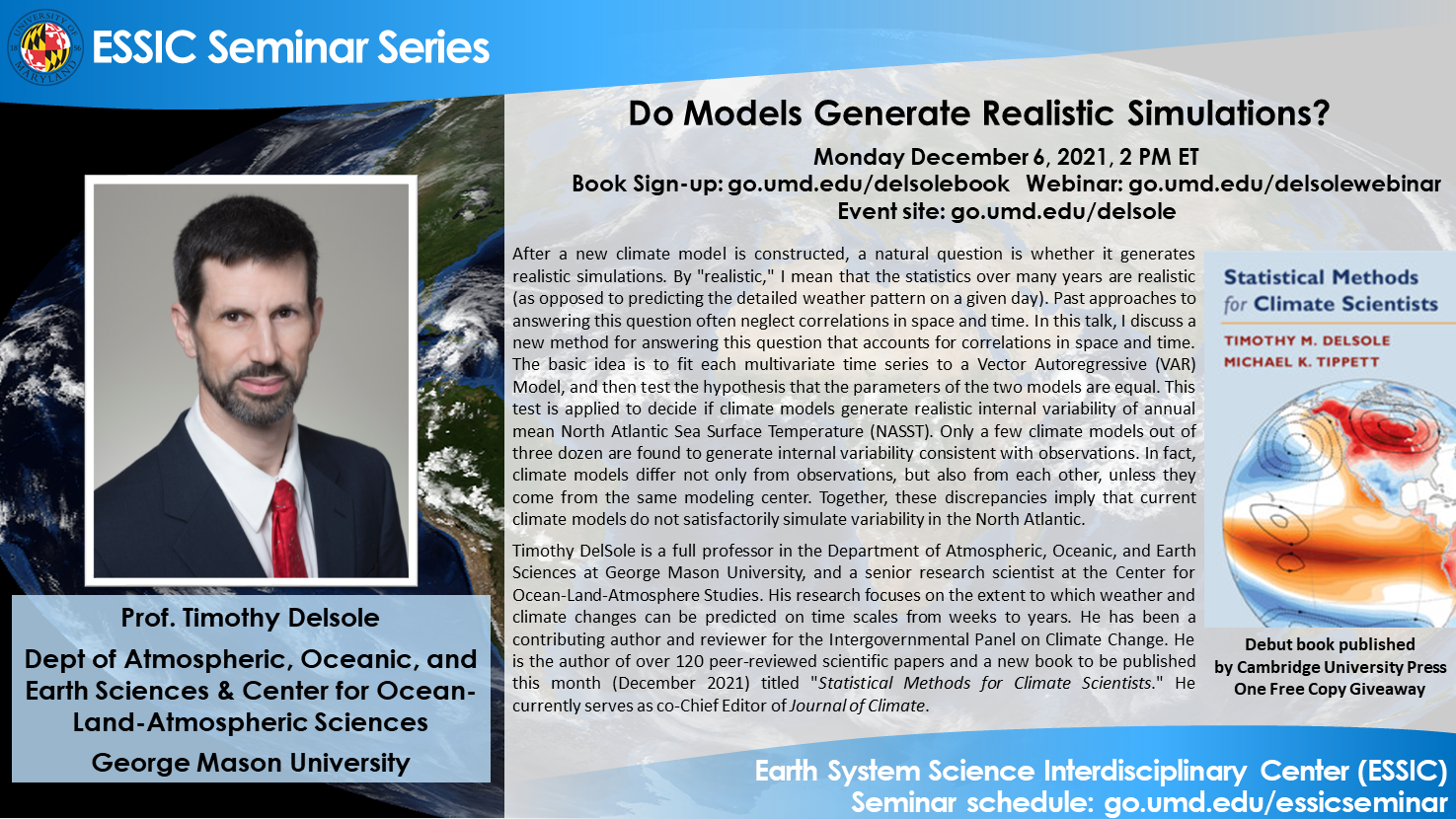 After a new climate model is constructed, a natural question is whether it generates realistic simulations. By “realistic,” I mean that the statistics over many years are realistic (as opposed to predicting the detailed weather pattern on a given day). Past approaches to answering this question often neglect correlations in space and time. In this talk, I discuss a new method for answering this question that accounts for correlations in space and time. The basic idea is to fit each multivariate time series to a Vector Autoregressive (VAR) Model, and then test the hypothesis that the parameters of the two models are equal. Because a VAR model uniquely specifies the autocorrelation function and the power spectra, equality of VAR models implies equality of autocorrelation functions and equality of power spectra. A first-order VAR model is equivalent to a Linear Inverse Model (LIM), hence the test can be used to test differences in LIMs too. The new test leads to a statistic that measures the dissimilarity between VAR processes and can be used to rank models based on their “closeness” to the VAR process inferred from observations. This test is applied to decide if climate models generate realistic internal variability of annual mean North Atlantic Sea Surface Temperature (NASST). Only a few climate models out of three dozen are found to generate internal variability consistent with observations. In fact, climate models differ not only from observations, but also from each other, unless they come from the same modeling center. Other studies show that models differ from observations also in terms of the response to external forcing. Together, these discrepancies imply that current climate models do not satisfactorily simulate variability in the North Atlantic.

Timothy DelSole is a full professor in the Department of Atmospheric, Oceanic, and Earth Sciences at George Mason University, and a senior research scientist at the Center for Ocean-Land-Atmosphere Studies. His research focuses on the extent to which weather and climate changes can be predicted on time scales from weeks to years. He has been a contributing author and reviewer for the Intergovernmental Panel on Climate Change. He is the author of over 120 peer-reviewed scientific papers and a new book to be published this month (December 2021) titled “Statistical Methods for Climate Scientists.” He currently serves as co-Chief Editor of Journal of Climate.

The new book debut and one free copy giveaway

We are excited to welcome Prof. Delsole as he debuts a new book, “Statistical Methods for Climate Scientists”, published by the Cambridge University Press in December 2021. To be eligible, you need to sign up to the giveaway using the link below and attend the live webinar. To sign up and read the other specifications required to win, visit: https://go.umd.edu/delsolebook