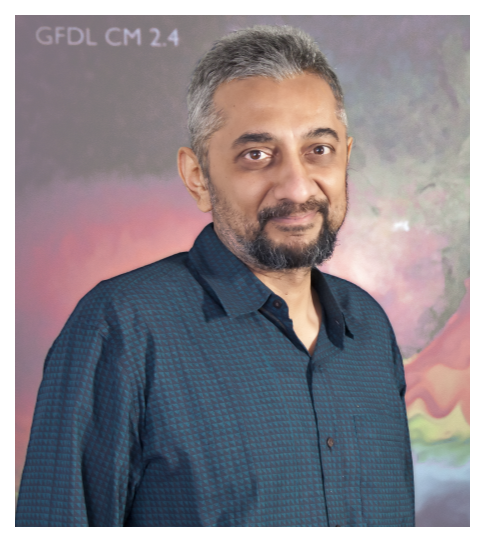 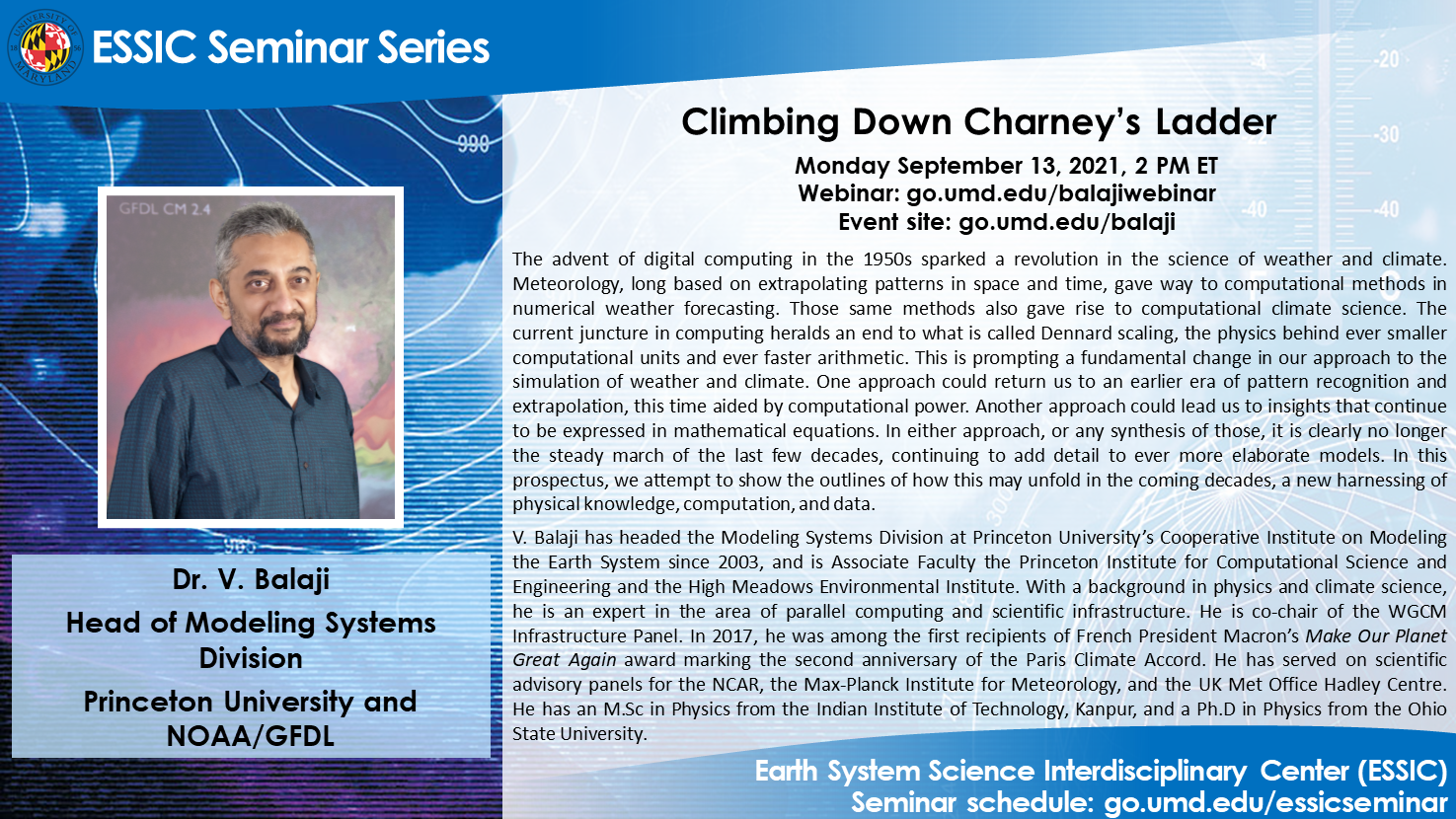 The advent of digital computing in the 1950s sparked a revolution in the science of weather and climate. Meteorology, long based on extrapolating patterns in space and time, gave way to computational methods in a decade of advances in numerical weather forecasting. Those same methods also gave rise to computational climate science, studying the behaviour of those same numerical equations over intervals much longer than weather events, and changes in external boundary conditions. Several subsequent decades of exponential growth in the power of computing have brought us to the present day, where models ever grow in resolution and complexity, capable of mastery of many small-scale phenomena with global repercussions, and ever more intricate feedbacks in the Earth system.

The current juncture in computing, seven decades later, heralds an end to what is called Dennard scaling, the physics behind ever smaller computational units and ever faster arithmetic. This is prompting a fundamental change in our approach to the simulation of weather and climate, potentially as revolutionary as that wrought by John von Neumann in the 1950s. One approach could return us to an earlier era of pattern recognition and extrapolation, this time aided by computational power. Another approach could lead us to insights that continue to be expressed in mathematical equations. In either approach, or any synthesis of those, it is clearly no longer the steady march of the last few decades, continuing to add detail to ever more elaborate models. In this prospectus, we attempt to show the outlines of how this may unfold in the coming decades, a new harnessing of physical knowledge, computation, and data.

V. Balaji has headed the Modeling Systems Division at Princeton University’s Cooperative Institute on Modeling the Earth System (CIMES) since 2003, and is Associate Faculty the Princeton Institute for Computational Science and Engineering (PICSciE) and the High Meadows Environmental Institute (HMEI). With a background in physics and climate science, he has also become an expert in the area of parallel computing and scientific infrastructure. He is co-chair of the WGCM Infrastructure Panel (WIP), tasked with developing the scientific requirements for the global data infrastructure underlying the Climate Model Intercomparison Project (CMIP), a pillar of the IPCC Assessment Reports of the state of the Earth’s climate. In 2017, he was among the first recipients of French President Macron’s Make Our Planet Great Again award marking the second anniversary of the Paris Climate Accord. He has served on scientific advisory panels for the National Center for Atmospheric Research, the Max-Planck Institute for Meteorology in Hamburg, and is currently on the Science Review Group of the UK Met Office Hadley Centre. He is a sought-after speaker and lecturer and is committed to provide training in the use of climate models in developing nations, leading workshops for advanced students and researchers in South Africa and India. Dr. V. Balaji has an M.Sc in Physics from the Indian Institute of Technology, Kanpur, and a Ph.D in Physics from the Ohio State University.