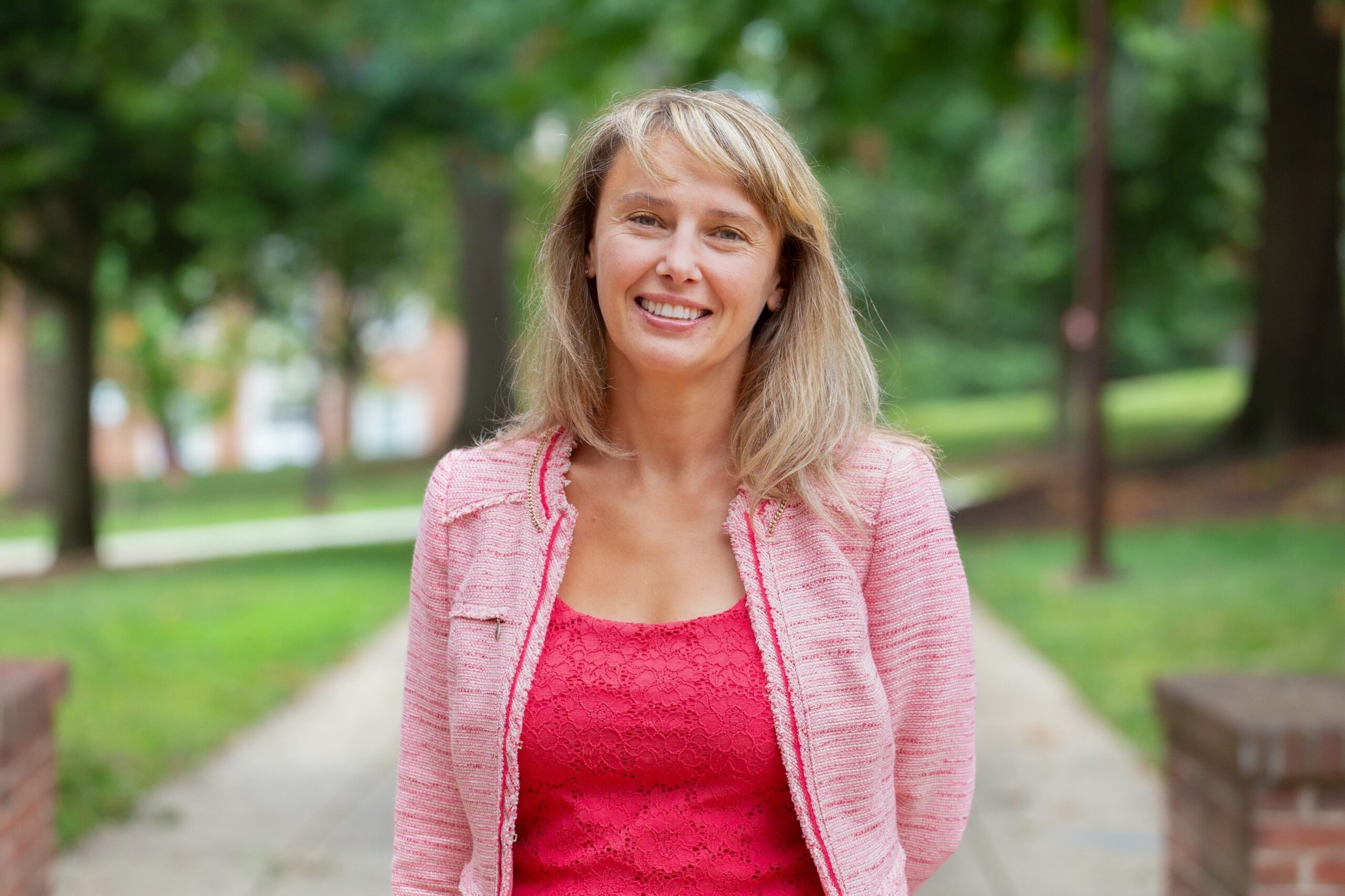 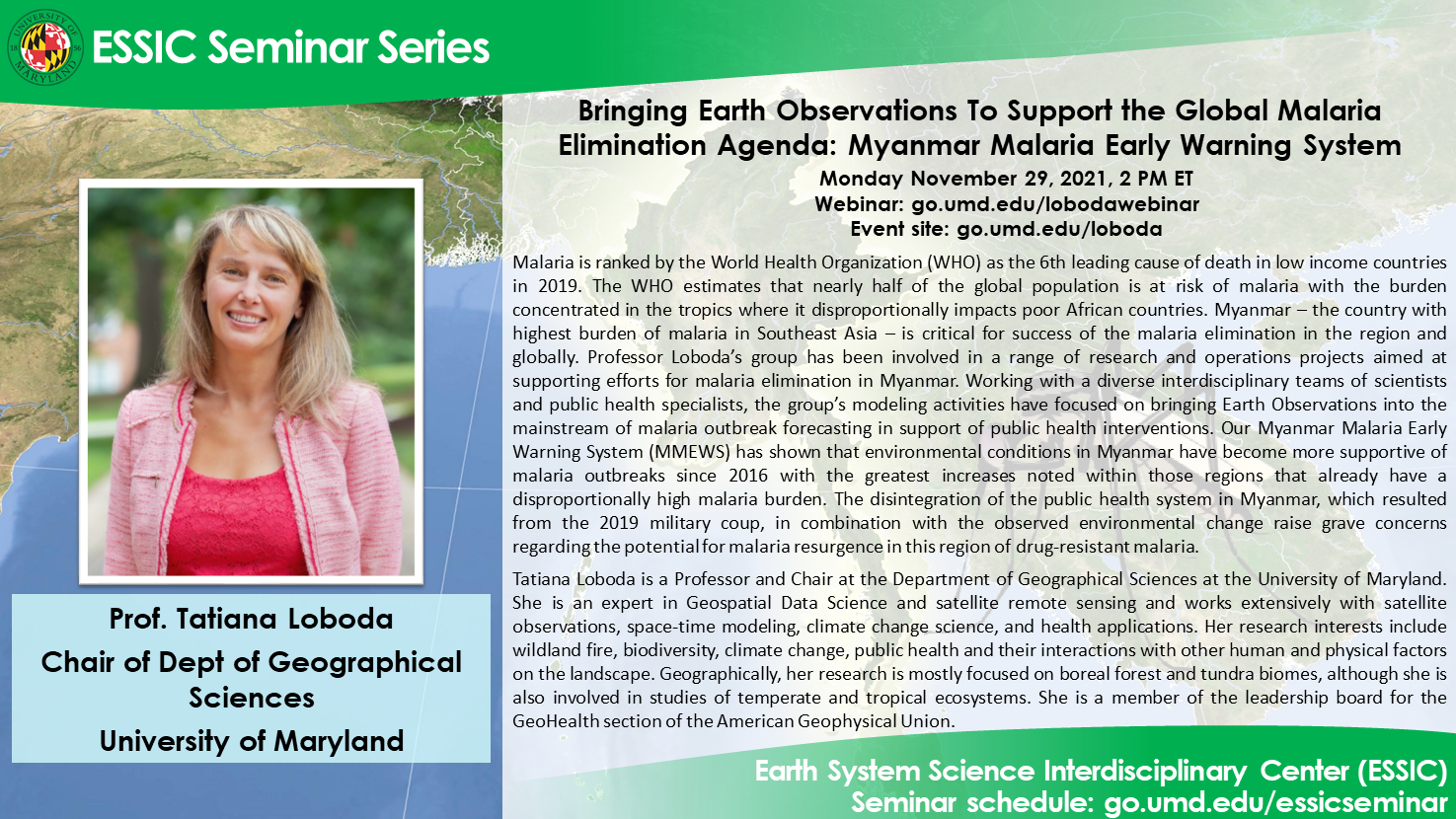 Chair of Department of Geographical Sciences

Malaria is ranked by the World Health Organization (WHO) as the 6th leading cause of death in low income countries in 2019. The WHO estimates that nearly half of the global population is at risk of malaria with the burden concentrated in the tropics where it disproportionally impacts poor African countries. The global malaria elimination efforts have achieved a tremendous reduction in malaria cases and deaths since 2010; however, the progress has stalled and in some countries reversed in the recent years. Myanmar – the country with highest burden of malaria in Southeast Asia – is critical for success of the malaria elimination in the region and globally. Professor Loboda’s group has been involved in a range of research and operations projects aimed at supporting efforts for malaria elimination in Myanmar. Working with a diverse interdisciplinary teams of scientists and public health specialists, the group’s modeling activities have focused on bringing Earth Observations into the mainstream of malaria outbreak forecasting in support of public health interventions. Our Myanmar Malaria Early Warning System (MMEWS) has shown that environmental conditions in Myanmar have become more supportive of malaria outbreaks since 2016 with the greatest increases noted within those regions that already have a disproportionally high malaria burden. The disintegration of the public health system in Myanmar, which resulted from the 2019 military coup, in combination with the observed environmental change raise grave concerns regarding the potential for malaria resurgence in this region of drug-resistant malaria.

Tatiana Loboda is a Professor and Chair at the Department of Geographical Sciences at the University of Maryland. She is an expert in Geospatial Data Science and satellite remote sensing and works extensively with satellite observations, space-time modeling, climate change science, and health applications. Her research interests include wildland fire, biodiversity, climate change, public health and their interactions with other human and physical factors on the landscape. Geographically, her research is mostly focused on boreal forest and tundra biomes, although she is also involved in studies of temperate and tropical ecosystems. She is a member of the leadership board for the GeoHealth section of the American Geophysical Union.