While it currently looks like the heat stress event may not be as intense as 2016-2017, widespread coral bleaching is still expected along much of the GBR. CRW has been communicating frequently with its major partners at the Great Barrier Reef Marine Park Authority (GBRMPA), Australian Institute of Marine Science, Australian Bureau of Meteorology, James Cook University, and the University of Queensland to provide ongoing updates from its satellite and modeled products

Initial press associated with this high heat stress and potential widespread bleaching event has included two articles in The Guardian, “Great Barrier Reef on brink of third major coral bleaching in five years, scientists warn” and “Great Barrier Reef could face ‘most extensive coral bleaching ever’, scientists say” (in which Dr. William Skirving was interviewed), as well as an article in The Sydney Morning Herald, and a 2ser (Sydney) The Daily radio show story (in which CRW Federal Coordinator, Dr. C. Mark Eakin, was quoted). Additional press, including a forthcoming Australian Broadcasting Corporation article, is expected. In addition, GBRMPA posted information about the current heat stress event and the potential for widespread coral bleaching as part of its weekly Reef Health Update.

For additional information about current and predicted heat stress on the GBR and other tropical coral reefs worldwide, please visit the CRW website. 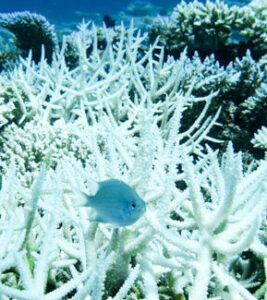 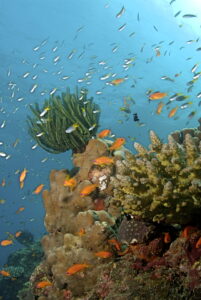 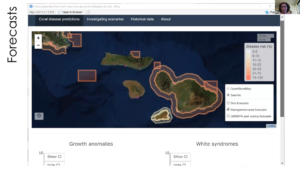